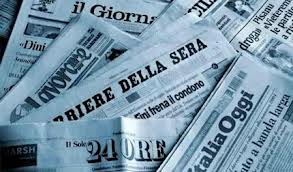 The Milan public prosecutor has ordered the seizure of assets of the Avaxhome “digital newsstand”, a portal for “sharing” newspapers, books, comics and music DVDs. The claim of receiving stolen goods against the site was validated by the investigating magistrate in Milan after a complaint by Italian publishing group Mondadori in June. The website is based in Russia, and Italian ISPs have now blocked access to the site.

The case of Avaxhome reminiscent in some ways the story Megaupload, specializing in the sharing of movies. It follows the seizure ordered by Spain of another popular  newsstand, Kiosk.

“But in addition to the breach of copyright – says the lawyer Fulvio Sarzana, legal  of  ISP association – for the first time in Italy is pursuing those who publish articles on the web as if they had sold a stolen car.

The danger is that all those who publish articles on Web of others without authorization can be investigated for a crime so serious.