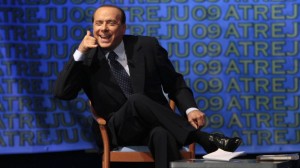 Just because something is legal doesn’t necessarily make it a good thing. So far, legality is the main rationale US officials have used to defend the government’s PRISM spying program. It’s all perfectly legal, approved by Congress and the courts. But a more potent argument might be to compare PRISM with the spying programs of other countries. Compared to the data-mining that goes on elsewhere, US intelligence agencies may be relatively constrained.

Start with Canada, which many consider to be a cuddlier, saner version of the US. The Globe and Mail reports today that the Canadian defense minister approved a plan similar to PRISM back in 2005, and renewed it in 2011. Run by the Communications Security Establishment Canada (CSEC), a signals intelligence agency similar to the US’s NSA or Britain’s Government Communication Headquarters (GCHQ), the program collects metadata from phone and internet communication.