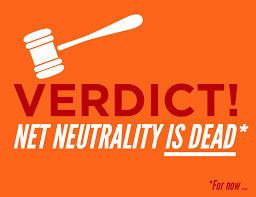 Italian Government says  to EU  Partners “Net neutrality ?, No thanks.”

The Italian government, current President of the European Council, surprisingly trying to “bury” the Net neutrality .

The evidence  is contained in two confidential documents in English (respectively 26 and 10 pages), who were brought by the Italian Presidency of the European Council to the delegates of the other countries on November 14th .

The text,  that left surprised most of the participants in the Working Group,  seems to move toward the desiderata of Europe’s large telecoms operators.

Let’s start by saying that the Italian government announces its European partners that the word Net neutrality, in his view, should not be used.

The Italian Presidency proposes in the second of two documents the Removal of the definitions of “net neutrality” and “specialised services”.

Mr Renzi Government thinks that,  instead of a definition of net neutrality there could be a reference to the objective of net neutrality, e.g. in a recital, which would resolve the concerns that the definition might be at variance with the specific provisions.

It ‘s really strange that a concept so important to be eliminated.

Words are important, some might say, and if we do not adopt clear definitions, what can be considered white could become black and vice versa.

The surprises do not end there because the Italian Presidency offers its partners  the possibility  to use the Traffic management measures to block, slow down, alter, degrade or discriminate against specific content, applications or services, or specific classes  in these scenarios:

a)           implement a legislative provision or an order by a court or other public authority vested with relevant enforcement powers under national law;

b)           prevent the transmission of unsolicited communications, where required to give effect to Article 13 of Directive 2002/58/EC;

c)           preserve the integrity and security of the network, services provided via the network, and the end-users’ terminals;

d)           prevent imminent network congestion or mitigate its effects if application-agnostic measures would not be efficient and provided that equivalent types of traffic are treated equally;

e)           ensure high-quality transmission of voice communications, including to the emergency services, or

f)           meet its obligations under a contract with an end-user to deliver a service requiring a specific level of quality to that end-user.

For the first time since the presentation of the  digital single market  proposal,   a Gouvernment proposes the blocking of   internet  traffic by administrative body  (which in Italy is AGCOM ) and not by a judge.

No one before the Italian Government had proposed this solution, pregnant with important consequences on the rights of defense of citizens from potential abuses of administrative  power.

The net neutrality, in the words of the Italian Government, is effectively put down to the water, to be replaced by the  Rules can overwhelm the principles of free access, sharing and equal access to network resources.