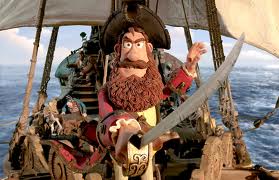 AGCOM, Italy’s independent and autonomous Communications Authority -with a putsch-    decide on December the 12th  to controversially appoint itself – without any further Parliament approval needed – to take on the powers to order the removal of any online content in case of presumed copyright violation.

The “AGCOM”aims at speeding up the procedure for blocking or closing down websites which provide illegal access to copyrighted content.

To this effect, it introduces a procedure whereby a rightsholder,  without any charges,   can apply to the  Administrative Body an allegedly infringing website.

The provision required ISPs to block  their subscribers from accessing not only foreign websites accused of infringing the copyrights, exactly like  so-called  US SOPA ACT, but even the italian Websites.

It will be even  different from the controversial Spanish  Ley Sinde.

ISPs, consumers, libertarians and experts have vigourosly contested AGCOM’s proposal because it could affect freedom of speech as well as business rights.

In particular, they challenge the modality whereby the Italian regulator would supervise and tackle copyright infringements in the Internet by way of orders of removal and blocking.

Various members of the Italian Parliament (including the president of the Chamber Laura Boldrini)  have questioned the competence of AGCOM in regulating this matter and observed that only the legislator, not the regulator, should fix limits and guarantees of civil freedoms.

While visiting Italy to report on the state of freedom of expression in the country, Frank La Rue, the UN special rapporteur on the promotion and protection of the rights to freedom of opinion and expression, expressed his reservations against the new regulatory framework.

La Rue, echoing the words of Italian academics and civil libertarians, noted that “all norms regulating constitutional rights, in particular freedom of expression, should be approved by the Parliament.

President of AGCOM has  noted that the opponents to the proposal are either small groups of civil libertarians mistakenly perceiving the new regulation as a threat to civil liberties or accomplices of pirates that “fatten by reaping where other have sown”.

It appears that AGCOM lawmakers didn’t realize how much damage their anti-piracy bills could cause to the Internet and to Internet-related businesses,

The New  Italian first party’s leader Matteo Renzi, during his inaugural speech on december the 15th   says that to takedown websites for copyright  infringement without  judicial control sounds “weird”.