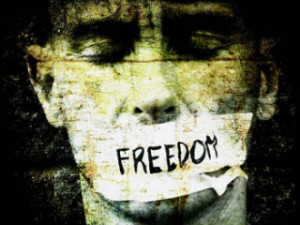 A “Monster” from Rome: 27 portals of major file sharing, cyberlocker and bittorrent (including Nowvideo, Nowdownload, Videopremium, Rapidgator, Bitshare, Queenshare, Uploaded, Cyberlocker, Clipshouse) have been seized in Italy, at a request of the Public Prosecutor of Rome.

The Prosecutor asks for the domain to be definitively shut down.

The battle against online file sharing has ramped up.

The Public Prosecutor of Rome, Italy, has launched a large offensive on copyright infringing sites, seizing 27 Web site linking to file sharing, cyberlockers and file hostinginternational sites such as Nowvideo, Nowdownload, Videopremium, Rapidgator, Bitshare, Queenshare, Uploaded, Clipshouse, and more, in the largest operation against filesharing and torrents known in the world since May 26 of 2010, when the US Homeland Security Department seized over 70 domains.

The domains of sites linking to torrent files, in order to downloadillegal copies of music and movie, have been seized this week as ordered by Preliminary investigation  Judge  of Rome, at the request of the public prosecutor, following an investigation of the Italian cybercrime Police.

Both the DNS addresses of the sites and their domain name  have been made inaccessible to Italian users by all Italian ISPs (Internet service providers), in such a way to deprive users of the possibility to access to their files hosted in the sites.

But the operation is not limited to the Italy, as the Public prosecutor asks for seizing the domain associated to the sites, too.

The shutdown affects millions of people, leaving in the dark hundreds of thousands of Italian users who have obviously nothing to do with copyright infringements, having simply purchased via premium systems the possibility to exchange large files.

Italian lawyer Fulvio Sarzana, of Sarzana and partners law firm, specialized in internet related matters and involved in the past in the major copyright disputes, assisting providers and file hosting providers ,has declared “I think that operations like this one could  jeopardize freedom of speech, and endanger legitimate web sites, being also a risk for the civil liberties. Copyright cannot be considered as a more essential right than freedom of expression, or a more important matter than a free and open internet.

The order of the seizure of the websites has been given at the request of a small Italian distributor for one single cartoon movie: it is clear that there is not any proportion between the seizure of entire sites (and domains) containing millions of legal files and the potential violation of the copyright of a single movie.”